We’ve entered a very specific part of my yearly work cycle. Sure, we’re prepping for the audition tour – finalizing flights and hotels, confirming appointments with director and conductor candidates – but the majority of those things are already completed, thanks to our Company Manager from the summer, Roxanna.

We receive over 1,000 applications each fall for our two tiers of performers: the Filene Young Artist tier will be those singers who have established themselves as ready for a mainstage freelance career, and when we find them we’ll program a season especially for them – to showcase their unique strengths. The Studio tier will be folks who are in undergrad or are first years masters students who demonstrate talent and success in their training up to this point, but who may not have had the opportunity to hustle through a professional production period or figure out what their career landscape might look like for the next 5-10 years.

We don’t ask for recordings anymore, as the technology allows for enough sweetening of the sound to make them marginally helpful at best, truly misleading at worst. Both tiers submit applications and résumés, with the Studio tier needing to fill out some very basic essay questions.

The deadlines for Seattle, San Francisco, and New York City passed earlier this week. So I’ve been spending some quality time with those Studio applications and résumés. It’s the most difficult time of year for me – how do I weigh the potential of a senior in an undergraduate program that maybe doesn’t have a mainstage production every year against a singer who didn’t/couldn’t finish their undergrad but has cobbled together some small roles at tiny regional companies? And, having been a singer myself who sent in my applications and was rejected, my heart gets soft at this time of year, wanting to extend those audition offers to as many people as I can… but sadly, the math simply doesn’t work that way. There’s aren’t enough hours, so I have to eliminate folks from the running, before I even hear a note.

This whole thing weighs pretty heavy on me, and I tend to whine a bit on Facebook about it. A pal – one with whom I used to sing – weighed in and said:

“When one door closes, another door opens. Sometimes we spend way too much time knocking on doors that turned out to be the wrong ones. I should add that my own wrong doors have been closed many times in the past by people just like you and I’m still your friend and I’m telling you it was a GOOD THING! I’m grateful I didn’t go down that path now that I’m here looking back. So, since I can’t go back and thank all those people cause that would just be weird, I’ll thank you on their behalf. It’s the right thing to do.”

It made me feel better. In hindsight, my own experiences – painful as they were -helped me to distill and clarify exactly what it was I wanted to do. And while I hateHatehate spreading bad karma around, maybe I’ll try to reframe this part of the year…not as spreading bad karma, but as gently closing some doors so that people can notice the open ones…

I’ll be back tomorrow with a new Profile Phriday post – I hope you’ll check back! 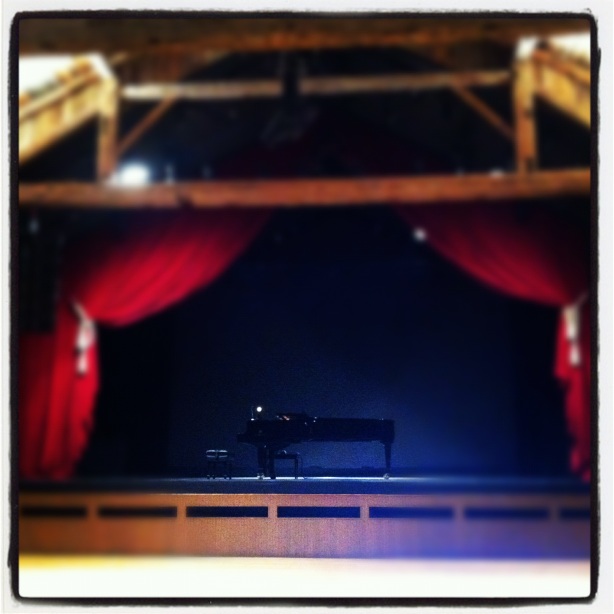