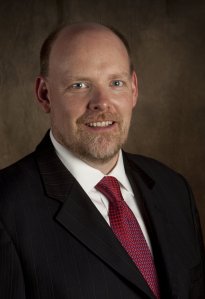 This week we’re talking with Tom Wright, the Director of Artistic Planning for Vancouver Opera. I met Tom during the Opera America Leadership Intensive, and it’s true what you’ve heard about Canadians being amazingly nice – Tom is a great guy! But even though his path has been consistently in the arts, he’s taken an interesting twist or two during his career. Here’s his story:

Ok, Tom. It seems like almost everyone I talk to started out as a singer. Are you a reformed performer?

Well, when I was in school I was musical – as a child I played violin, cello and piano. But I was really a theater guy. All through high school I was involved in technical theatre, setting up sound and lighting systems for everything from assemblies to full productions of musicals and plays.

Between grade 11 and grade 12 my high school (Handsworth Secondary School, North Vancouver, B.C.) granted me a scholarship to attend the Banff School of Fine Arts in Banff, Alberta, Canada. Banff is a beautiful town in the Canadian Rocky Mountains about two hours west of Calgary, Alberta. The Banff Centre (as it is called today) is a long standing campus of training in all aspects of the arts, including the dance, theatre, music, opera, literature and visual arts.

I went to the Banff Centre with hopes of becoming a lighting designer. However, after the first month of the program I realized that I was slightly colour blind; so I started exploring other options. 🙂 I then turned my attention to learning as much as I could about all aspects of technical theater: costumes, make-up & wigs, electrics, sound, scenic painting, carpentry, and stage management. After my first summer in Banff, I realized the stage management was something a really enjoyed. I went back to the Banff the summer after graduation from high school and was placed on the stage management team of the opera.

Ok, so after graduation you must’ve found your way back into the opera field.

Yes! During the summers of 1986 and 1987 when I was back in Banff,  I was involved with Colin Graham’s productions of Falstaff and Eugene Onegin. They were probably the two defining projects that ultimately pushed me into opera.

After the summer of ’86 I received and offer to work at Calgary Opera starting as an Assistant Stage Manager…long story short, I was there until 1998, when I had been promoted upwards to be their Director of Production.

My boss was then head-hunted for Arizona Opera and he asked me to join him. In Arizona, I was the Director of Production & Artistic Operations. However, in the first years I also oversaw a massive IT overhaul of the company where I implemented a wide area network between the Phoenix and Tucson offices. (Ed. – we have difficulties producing in 2 theaters that are .5 miles apart…I can’t imagine the logistical planning that must go into producing in two different cities!) When I left Arizona for Vancouver Opera in 2007 I had spent 9 years running the Artistic and Production operations of a company producing 5 operas a season in two cities completely double cast. Whew!

What is your current profession?

I’m currently the Director of Artistic Planning at Vancouver Opera. I oversee all Artistic, Production and Education programs/operations for the company.

What aspects of your current job/profession give you the greatest satisfaction?

This year’s launch of the Yulanda M. Faris Young Artist Program is a very satisfying achievement. I have been developing and implementing this program since I started here five years ago.

Well, to totally date myself by quoting a Virginia Slims cigarette ad, ‘You’ve come a long way, baby!’ Any regrets?

I do regret not continuing my music studies as a child but I was bit with the theatre bug and sports in high school and dropped music. Also, sometimes I feel that I should have gone to university to advance my education, (Banff Centre is not a accredited college or university so no degrees or certificates are awarded.) but in the end, I have always been employed in the arts, so I can’t really complain.

I’d say not! 🙂 But that’s a lot to figure out on your own…did you have a mentor?

Advice time: what would you tell a student struggling with his or her career path?

Move forward with whatever makes you smile and make sure you have a passion for it. Passion, desire and love of what you like to do is really all that matters. I hope that students who are thinking about their futures, who have a passion and drive in a certain field, will see that it is possible to be gainfully employed in the arts. Passion, drive, networking and a bit of luck is what has taken me on my journey thus far.